Diary of a Bird Shooter The Great Journey in Photography 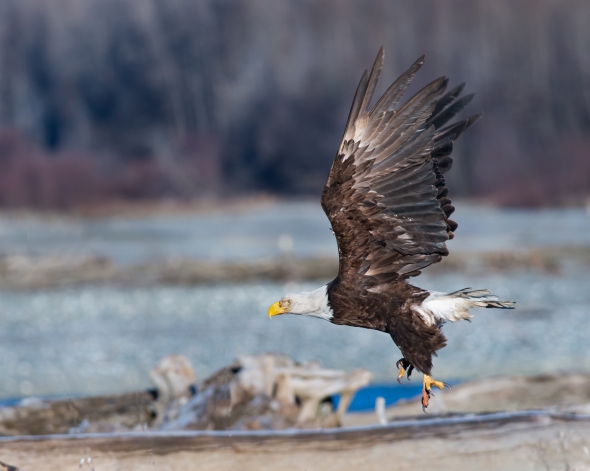 It all started a few years ago while perusing the forums on DP Review for  information about long lenses when I found the best Bald eagle images I had ever seen. About a half a million bird photos later I saw some of  those images again and felt the same way. They were inspiring, crystal clear, and in a setting like I had not seen before. Back in the day there was no chance of making those kind of images on my own but now with a bunch more experience and some travel time under my belt, yeah, maybe I could pull it off. Cost was an issue but I was beginning to learn that saving money can be over rated anyhow. There was a workshop to go along with those images and one thing important to me was that I was able to reserve a spot more than a year in advance. That gave me the time I really needed to save and prepare. As far as I know there is only one legitimate photography workshop shooting out of the Chilkat and that is run by Matt Shetzer, the creator of those images I so admire.

Turns out that workshop was everything it claimed to be, in fact, it was much more and that is why I named todays story “The Alaska Experience”. The shooting was superb but we were also given a good dose of Alaska life. We toured around between sessions and saw some of the most beautiful places in my life. I made some landscape images that I cherish just as much as the Eagles. We also had a couple of evenings talking about using Photoshop. Now, I have used Photoshop every single day, a few hours a day, for about a dozen years but I picked up several advanced techniques that I incorporated into my workflow. We went to the American Bald Eagle Foundation every evening and learned about and saw other Raptors and Alaskan wildlife in general. We spent some time talking about and exploring the Native American Tlingit culture. That was kind of important because in a lot of respects that is the framework from which the whole Alaskan experience builds out. I met other professional level photographers. The Chilkat tends to attract the best of the best as it really does take a considerable commitment to get up there with good gear. I have been on other photography workshops, all of them great experiences but this Alaska trip was really first class. Most of you probably will not relate sitting in frozen mud surrounded by half eaten salmon heads and tails with the term first class but yeah for this bird shooter it was.

If you were a novice you would for sure come home with the best images you have ever made. Intermediate, well you are going to improve to the point of making publishable images. Great images, ones you will cherish for life. Very advanced, pro level shooters are going to see and pick up those little things that you catch only when interacting with other top-level photographers. I have my own way of doing things and I have spent a lot of time tailoring them to bird photography. Things that I don’t ever see other people doing, we all do I suppose but I picked up on things that I never thought of before and to be short, I made images I will cherish the rest of my life.

I am a big fan of people who always do what they say they are going to do. I figure at some points that person has to go the extra mile to deliver. Very rarely do we give them credit for doing what they are “supposed to do” but when someone gets everything right all the time it is something to be applauded, no excuses, it just works. Everything just worked this time around.

But wait! There’s more. Indeed there is and I invite you to come back next week when I close out the Alaska experience. I will tell you about the biggest accomplishment, biggest regret, my favorite Alaska image and possibly the very best bird photo I have ever made and much more for the low, low, price of free.

Thanks so much for stopping by and always remember when using the term “bird shooter”, take a moment to explain yourself.